A toddler sixty-three years ago grew up in and around an old unpainted, two-door, oakwood plantation style house – where Clinton David Stackhouse learned to walk. Now 745 months later, he has learned to walk again; now his walk is in a pro-active way. He began walking into his season in Fayetteville, North Carolina. After a successful high school experience at Seventy-First High School, Clinton pursued higher learning in Rock Hill, South Carolina at Clinton College. It was then he became the ordained pastor of the Rossville African Methodist Episcopal Zion Church at the age of 17. His thirst for education and theological matriculation led to his walk into the hollowed halls of Livingstone College and Hood Theological Seminary in Salisbury, North Carolina. After matriculating there for 3 years he received the Rural Pastor Award, and the Preacher’s Award, awarded to senior class theologians. Stackhouse graduated with honors having achieved a bachelor’s degree in Education and a master’s of Theology and Contemporary Pastoral- ship. After seminary completion, he walked into the season of transition for he heard the call to walk into a new denominational challenge. After a twelve-year adventure in the A.M.E. Zion Church, he closed out that phase serving the Bethel A.M.E. Zion Church, Stantonburg, North Carolina. He was installed as pastor of the Tabernacle Baptist Church, Charlotte, North Carolina. It was also the high moment of opportunity that he became an employee of the Charlotte Mecklenburg School system. His first assignment was an assistant in a first classroom. He was then assigned to assist in the founding of a downtown Charlotte class for homeless school-age children. For twenty-eight years Pastor Stackhouse worked tirelessly and excelled in every capacity afforded him through merit and innovative educational polity. Both in the classroom and in elementary administration.

The New Ahoskie Baptist Church, Ahoskie, North Carolina east of highway 95 extended a pastoral invitation in October 2008. Hand in hand, heart to heart and by an unwavering determination, he and his wife Renée walked into yet another season! His passion for teaching, his love for evangelistic pastoring caused a divine explosion both in the church and throughout the surrounding Roanoke-Chowan area. In nine years of co-laboring in this particular vineyard, 431 new converts joined the church. Youth Explosion Bible Study that more than 80 children each week attend is second to none, known as a “Community Servant”. New Ahoskie was awarded the most popular church service by the local newspaper. Pastor Stackhouse was voted one of the most influential people in Eastern NC.. Pastor Stackhouse served as Mayor Pro-Tem of Ahoskie, voted unanimously by the town council. Pastor Stackhouse had been Town Councilman for the past eight years. He is also the founder of the Right Moves for Youth Program in the local elementary schools (for at-risk students), received the Hertford County Community Service Award 2012, recipient of the National Order of Elks Community Service Man of the Year (first person east of I-95 to receive this award), named by the League of Municipalities as one of the most influential elected officials in the Roanoke Chowan area, first vice moderator of the West Roanoke Baptist Association and received the MLK Drum Major Community Service Award. Stackhouse was recognized by the Ahoskie Chamber of Commerce as the most influential person in Hertford County – all to the Glory of God! Pastor Stackhouse concluded his political career and moved “WEST” guided by the HOLY SPIRIT.

He and his wife of 41 years, Lady Renée constitutes a glorious combination. She is a visionary graphic designer and owner/proprietor of Verse One Publications and Graphic Design. Her expertise is award-winning and critically-acclaimed.

The General Baptist State Convention in 2014 awarded him the Distinction as the most effective pastor/preacher in Northeastern North Carolina. Senior Pastor Christoppher Stackhouse and “C. David” was proclaimed the father and son preaching dynamic duo. Both are renowned pulpiteers, biblical teachers, and evangelists.

This father of two daughters, two sons, and eleven grandchildren is convinced without any reservations that “what he is, is God’s gift to him and what he becomes is his gift to God.”

“This energetic and tireless pastor and community servant is walking into his season!“ 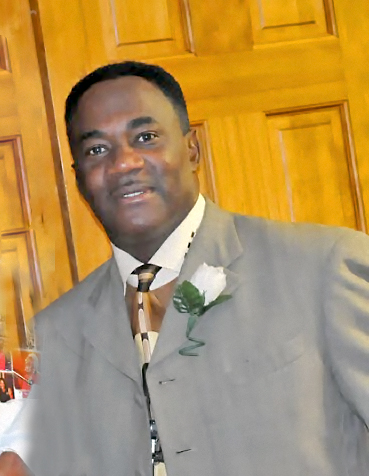 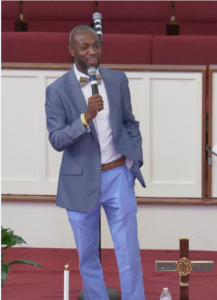 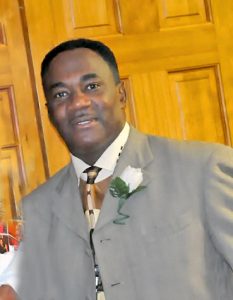 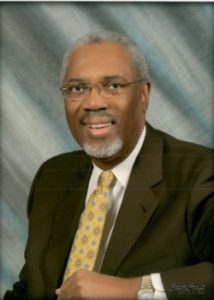